Samsung is planning to launch the Note 9 the Galaxy Note 9 in India on August 22 and the Pre-Orders has already begun for the Note9.

The Galaxy Note 9 features a 6.4-inch QHD+ AMOLED display. It is powered by the Snapdragon 845 in the USA and the  Exynos 9810 processor in India and rest of the world. The base variant of the Not 9 packs 6gig of RAM and 128GB storage whereas the upper variant with massive 512GB storage and 8gig of RAM. Not only that you can put a 512GB MicroSD card and increase the storage of the device up to 1TB.

In terms of optics, the Galaxy Note 9 packs dual rear camera system which includes a primary 12MP wide-angle lens with f/1.5 – f/2.4 dual aperture and a secondary 12MP telephoto lens with f/2.4. On the front, there is an  8MP sensor with a f/1.7 aperture for selfies. 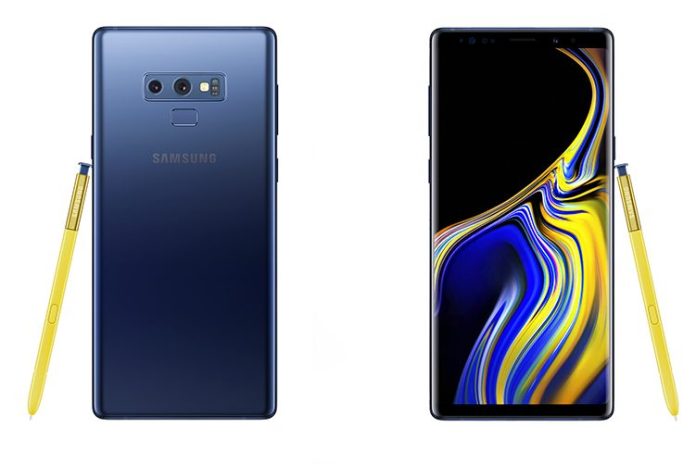 As we all know the highlighting feature if the Note series is the S pen and this time it got an upgrade, The S-Pen is no longer just a stylus but also supports Bluetooth and you can click pictures, control music, play/pause YouTube videos using the S-Pen.

The Note 9 is energized by a large (in terms of flagships) 4,000mAh battery which also supports fast charging via USB-C port. And we can also find the 3.5mm audio jack. The device is running on Android 8.1 Oreo out-of-the-box.

The Galaxy Note 9 will be available in three colour variants Midnight Black, Ocean Blue, and Metallic Copper (only for 6GB version). And Samsung is not bringing the Lavender Purple variant to India.