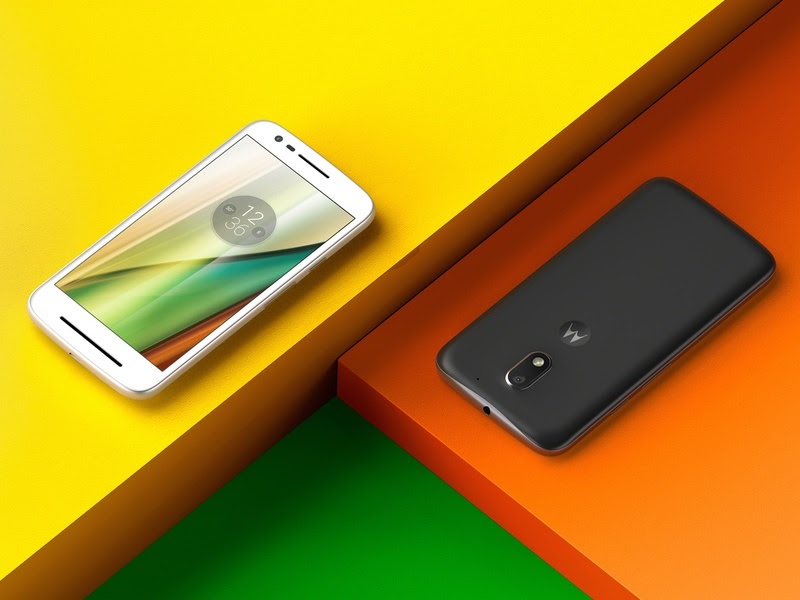 Moto E3 goes official finally. Our expectations were right. The Moto E3 comes as a successor to Moto’s entry level smartphone the Moto E2. The Moto E3 carries some familiar features found on its elder sibling – the Moto G4 Play ( launched in May ).
The new Moto E3 retaines its metal frame along with elegantly designed curved edges and textured back panel similar to the Moto G4 series. Also included Water repellent nano-coating to protect from spills and splashes. The Moto E3 comes with a 5-inch 720p HD IPS display and a quad-core processor from its long relationship partner Qualcomm’s Snapdragon. Although, we just know about the processor cores but the complete information about the SoC has to be announced. 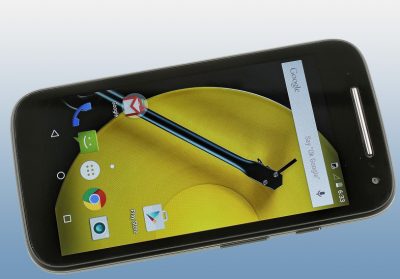 There are no details about the RAM and the storage too but what we can expect from Moto is a 1 or 2 GB RAM and 8 GB storage with expandability. It runs on Android 6.0 ( Marshmallow ) which has been expected earlier. The device will have an 8 MP rear camera with Flash and a 5 MP front camera too.
For connectivity, the device comes with Dual SIM support, 4G LTE, Bluetooth, GPS, Wi-Fi, 3.5mm audio jack and FM Radio and for its juice, it handset packs a 2800 mAh battery. 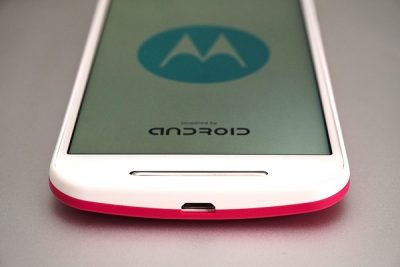 The Moto E3 is expected to carry a £99 price tag in the UK, which is about Rs. 10,000 in India and will be available in black and white colors too. But, the we’re waiting for the complete specifications which are not yet out but we can hope for them soon.
Share on FacebookShare on Twitter
previous article

Reliance Jio-Samsung team up to offer free unlimited data and calls: How to get it