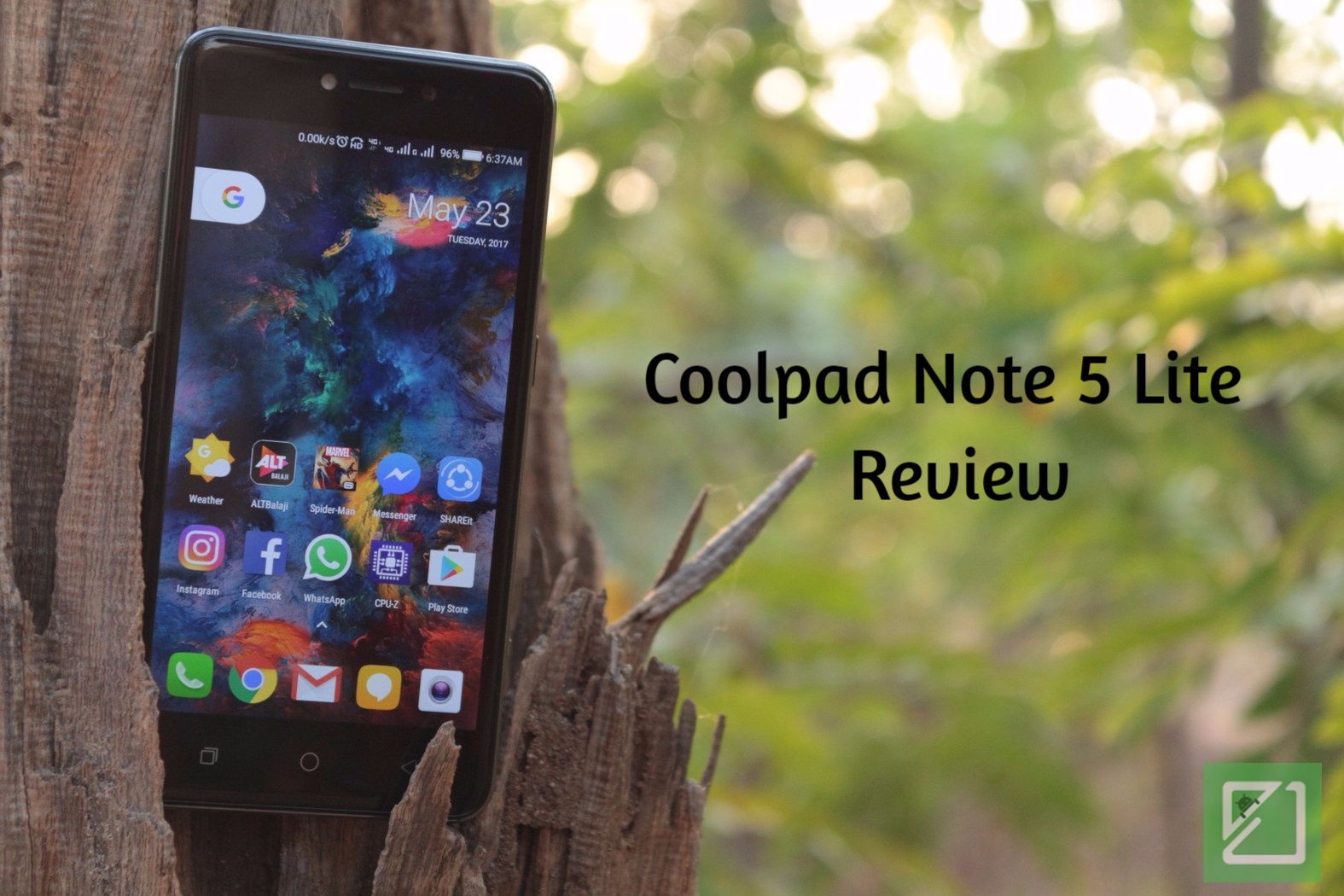 Coolpad is a Chinese manufacturer and is meant to be the largest mobile brand in China. They have launched a bunch of smartphones which made a good market in India. Now, they launched a new smartphone in Note lineup as Coolpad Note 5 Lite, which is said to be affordable.

Coolpad Note 5 Lite can be considered as the pocket-friendly at pricing. This smartphone also has many other reasons to buy and it can also give a tough competition to the Redmi series of Xiaomi and other devices which are priced under 10k. This device is priced at Rs.8,199. 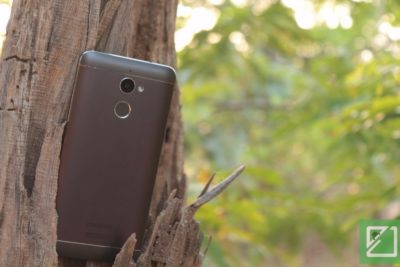 The big asset of this Note 5 Lite is its aesthetics and in-hand feel of the device. It has a metal body on the rear but some bits of plastic on the upper and lower parts of the back for a better antenna reception. The device feels very premium in the hand and has some curvy design on the sides, which makes it easy to hold. It gives a great grip and it doesn’t feel slippery in the hand to hold. 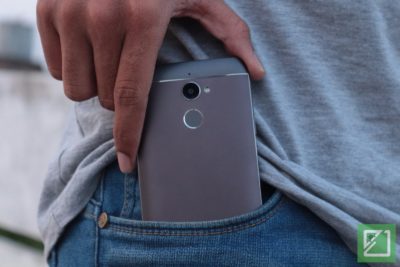 Looking at the device, it comes with a metal chamfered edge on the sides. There is a camera with flash on the back of the phone and the fingerprint sensor is below the camera. On the sides, you can find the power on/off button on the right and volume buttons on the left. The volume buttons are a bit loose and don’t give a clicky feel to it. On the top of the device, you can find the 3.5mm headphone jack. The speakers are placed in the lower part of the back. It has a 2.5D curved display which makes it easy to hold which slopes to all the four edges of the device and looks great on the device. 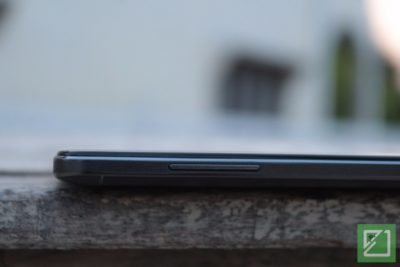 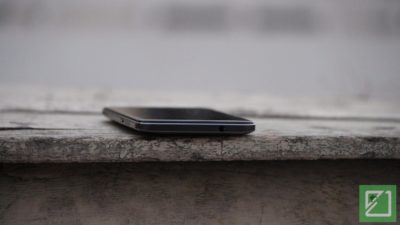 It has a 2.5D curved display which makes it easy to hold which slopes to all the four edges of the device and looks great on the device. On the whole, overall design and looks that play a key role on this device.

Coolpad Note 5 Lite flaunts a 5-inch (1280×720) IPS LCD display which has a Pixel density of 294ppi. The colours on the display look great than many other devices on the market at this price range. The sunlight legibility of the device is not so bad and you can only see the device with full brightness under the sunlight but it might end up draining the battery fast. 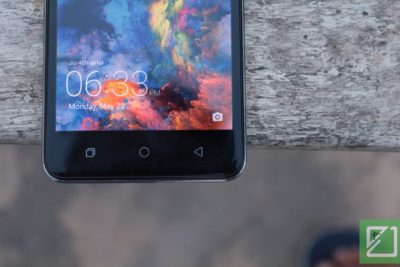 The device is better at media consumption and the display works fine at playing games and watching movies. It has some great viewing angles and the display doesn’t disappoint you in any way. Colours also have a cooler look on the display which makes not so harm to the eyes. 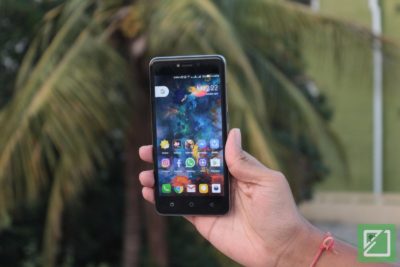 It is not a scratch resistance display and you need a screen protector and it is the fingerprint magnet and gets a lots smudges and scratches in day to day use.

Out of the box, Note 5 Lite comes with a Quad-core 1.0 GHz Cortex-A53 Mediatek MT6735CP with Mali-T720MP2 GPU. It has 3GB of RAM and 16GB of internal storage. The hardware of this phone is well set for its budget price. The MediaTek processor works fine on the day to day usage and the RAM management of the device is good. Fingerprint scanner works fine on the device and is also very fast to unlock the device.

It performs very well on the gaming too. It can play from mid to high graphics games without much fuss. But sometimes the games or even apps like Facebook and Messenger stops responding and often pops up a warning of unfortunately stopped.

Hope, Coolpad tries to fix this issue by their software updates. Except that everything on the device runs smoothly. It has some slight heating issues but doesn’t effect much. Overall, it is quite snappy to use and the best in the range to get. 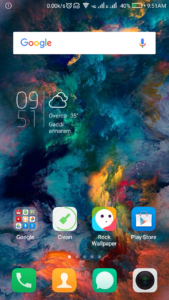 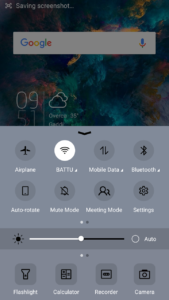 The Coolpad Note 5 runs on Android 6.0 (Marshmallow) and has CoolUI 8.0 skin on top. The device has some decent level of animations, and most of the time ran without any lags. The device doesn’t come with much of a bloatware and looks clean. It is in typical single-layer UI by default and the icons are placed randomly on the pages.

It is still running on the Android 6.0 Marshmallow where Google is planning to launch Android O 8.0 in near time. We can’t expect quick software updates from Coolpad as they are very late to roll out updates.

On the whole, the software UI is pretty easy and reliable to use.

Coolpad Note 5 Lite has a 13MP rear camera with a single tone LED flash. And on the front comes with an 8MP shooter with a LED Flash. The rear 13MP camera performs well but gets a bit high on exposure in Auto mode. You can change the exposure by tapping on the screen and sliding it. On well-lit conditions, you can get great pictures.

We can find many other smartphones which perform well in camera at a good price than this. The camera UI looks cool and is not very different from other devices. It can record video up to 720p resolution and has a panorama and GIF video mode in Video section. 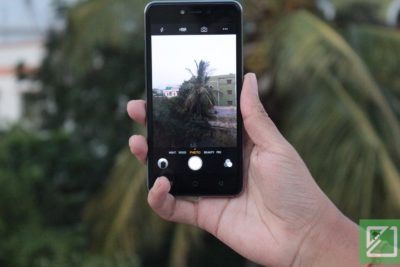 The front 8MP camera also performs decently but not the best. It has a beauty mode feature which helps the selfie look more bright and makes the face clean in the picture. It can also record video up to 720p resolution. 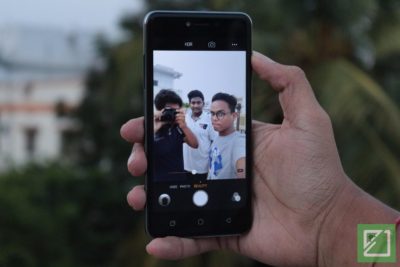 On the Note 5 Lite, we get a 2500mAH non-removable battery. It provides a mediocre battery life which gives a 5 Hours of screen-on-time and total battery life of 12 Hours. The UI eats up the battery most of the time. I have been using this with an average usage like with WiFi and 4G data on the go. The usage was browsing a bit on Chrome and social networking apps, a bunch of games and YouTube.

So, we can say that it delivered an average battery life on my usage and it charges the from 0-100 percent in the time span of 2 Hours, which is a great thing. Overall, the battery life didn’t impress much and was mediocre. 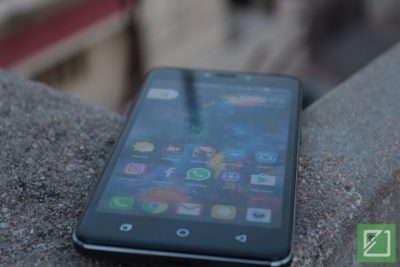 Concluding it, the Note 5 Lite performs well and decent at the price range. It feels very premium at the design aspect. The display was also worth it for the price of Rs. 8199. But, the processor and the RAM management were average and not up to the mark. You can find many other best smartphones which perform well in every aspect and make your money worth it. Overall, Coolpad has tried their best to get a good place in the market by this device and we can say they were half successful at it. Certainly, it is one of the best smartphones you can buy below Rs 8000.

Honor 6A, a mid-range smartphone with Android 7.0 announced