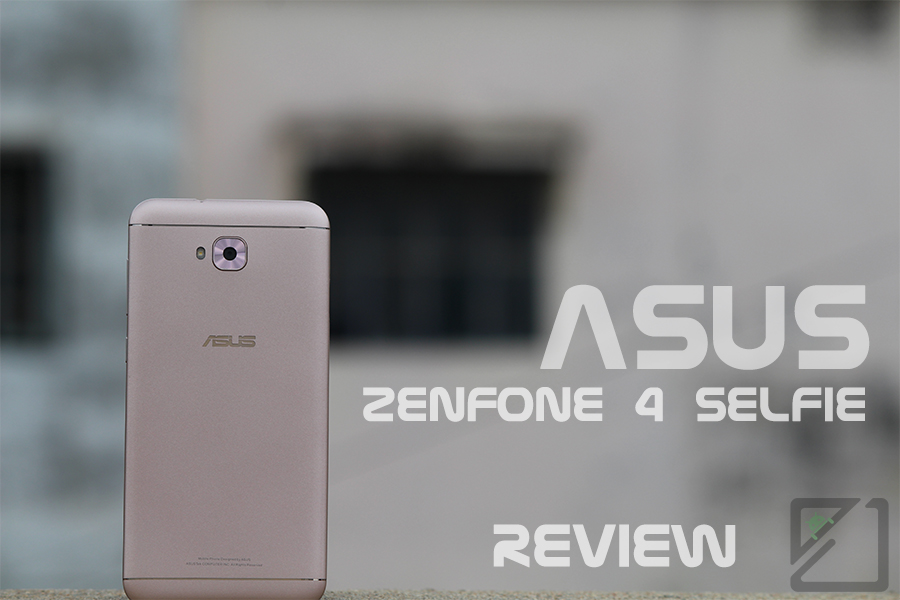 Asus has recently introduced three new devices in India as Zenfone 4 Selfie, Zenfone 4 Selfie (dual camera version) and Zenfone 4 Selfie Pro. We at Android Junglee got an opportunity to get hands on the Asus Zenfone 4 Selfie (Dual Camera variant) which has Dual front-facing cameras for selfies as the name of the device tells. Will it compete with leading selfie-centric smartphone brands like Vivo and Oppo in India? Without any late, let’s jump into the review of Zenfone 4 Selfie.

Design wise, Zenfone 4 Selfie is a device with the good build quality. The entire chassis of the phone is made up of metal with rounded corners which makes the smartphone feel very cozy to handle. At a first glance, you can find it very pleasing to the in-hand feel and flowing metal on the sides. The dimensions of the device are at a sweet spot, where it was very easy to handle in one-hand even it has a 5.5-inches screen size. 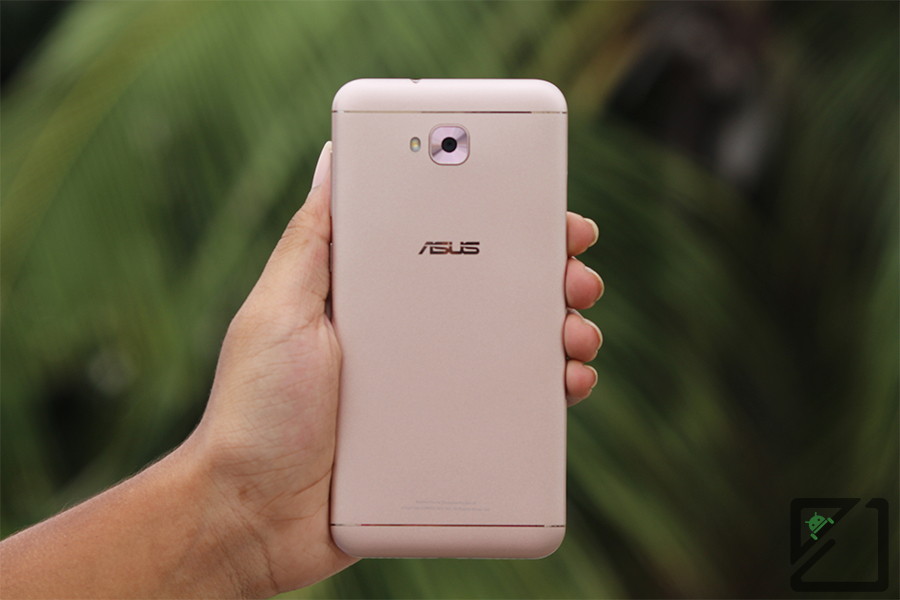 The fingerprint sensor sits on the front of the device below the display which also works as a Home Key. On the either sides of the home key, you can find two capacitive keys, back and multitasking buttons which are not backlit(meh). That’s the first thing that disappointed me with the first time of its usage. The design is similar to the predecessors but some modifications have been done to make it different from the last models. The power button and volume rockers are on the right side of the device. There is a textured power button as the volume buttons and on/off button is at the same place, which made it useful to differentiate them. 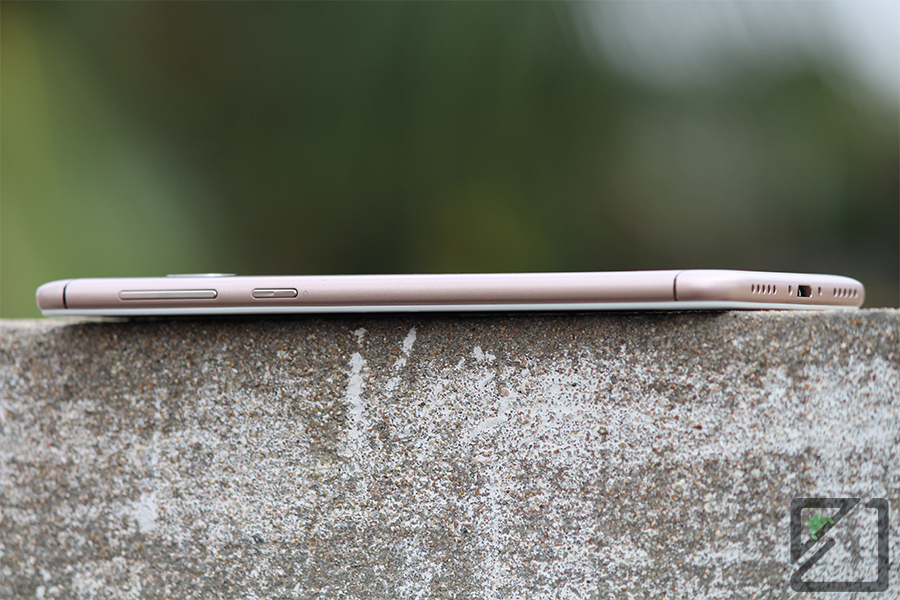 On the front, it has a 2.5D curved glass which makes the device more rounded and curvy to the feel and makes it comfortable to use. The sides are very slim on this smartphone and are very thin compared to other devices. The upper and bottom lines separate it with plastic bits and metal which helps in antenna reception. It’s very light in weight and doesn’t feel bulky to manipulate with the hands. Overall, the smartphone has very lightweight and sleek design with minimum bezel at sides making it the best experience to feel in your hands.

Out of the box, the Zenfone 4 Selfie comes with a 5.5-inches HD IPS LCD display with a resolution of 1280 X 720 pixels. The auto-brightness sensor works pretty well on this device. Ongoing through dark and bright situations in day to day life, it did a decent job in changing the brightness at a time to time. The colors produced on the screen were slightly on the cooler side. But, there are also some options to change them. 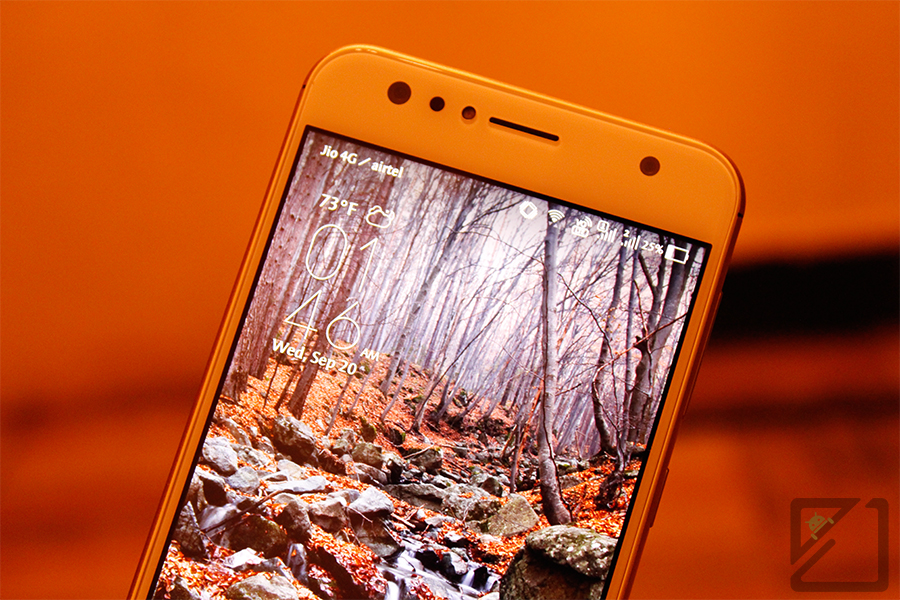 It also has blue light filter feature, which makes the display to have a yellowish tint and eliminates blue light not fully but was effective at a point which is good for the eyes. Even though the resolution is 720p, it was sharp and crisp while watching videos and playing games. Sunlight legibility was bad even after on full brightness, which is a drawback for the device. On whole, it is a great device for media consumption and works fine for all the types of users.

The Asus Zenfone 4 Selfie runs on the latest Android 7.1.1 Nougat with Asus’s Zen UI skin on top. The ZenUI compared to other Chinese phone’s skin is very light and snappy. There are not much of bloatware on the device except some Asus’s preloaded apps such as weather, clock, calculator etc. and the only way to get rid of them is disabling the apps, as it cannot be uninstalled.

Coming to the performance, it was very snappy. There were no lags or crashes in my short time usage. RAM management was very fluid and switching through apps and multi-tasking on two apps was a bliss. It is powered by a Snapdragon 430 processor coupled with 4GB of RAM and 64GB of internal storage. The device also supports split screen which makes full use of the display by opening two apps in two parts which makes it very user-friendly. The cellular reception was also great, there were no problems while making calls and stuff. 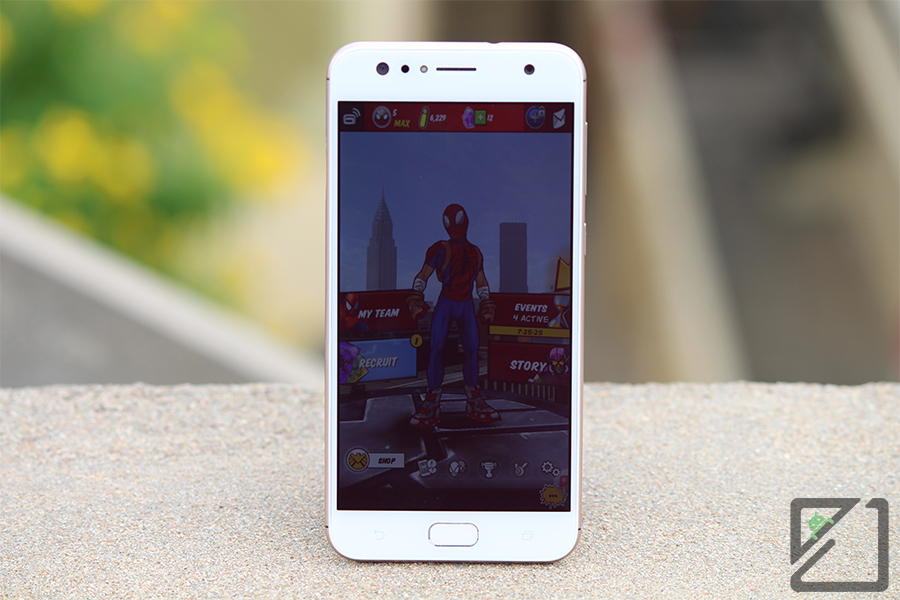 The speakers on the Zenfone 4 Selfie are bottom firing one. Asus has also pre-installed AudioWizard app which made audio listening way better. The speakers performed well and were loud and audible in every term.For the gaming users, this device also works for them as it comes with an Adreno 505 GPU and supports all of the contemporary gaming apps on the store. There were some frame drops while gaming but was not major. Lags were non-existing while gaming.

The smartphone features a 16 MP Rear camera with AutoFocus, EIS and LED Flash. The colors produced by the rear camera are more of natural looking. It’s sharp and vivid for the price it gets the job done. It also has a PRO mode to play with the settings and bring the image the way you want. The interface is typically an ASUS one with HDR mode and other basic options from Asus. We can also call this as a Camera centric phone, as it focuses on it very well and keeps up its name.

Now, the front camera is where all the party gets started. It has a Dual 20+8 MP sensor with F/2.0 aperture on both. The 8MP sensor is a Wide-angle lens for the group selfies and more broader look. It also features Portrait Mode for the front cameras to bring that bokeh effect (or) to blur the background. The Portrait Mode feature is trending nowadays and many smartphone companies such as Vivo and Oppo have already brought many phones with that particular feature.

The selfies on the phone come out very well. The camera captures every detail very well and Asus’s Selfie master helps to brighten and remove blemishes on the face in real time. The Selfie Master can also be used for live sessions in Instagram and Facebook which makes it very practical.

Asus Zenfone 4 Selfie sports a 3000mAh battery and in my day to day usage, it lasted me about 8 hours. Basically, it was mediocre and battery drain was happening at a high rate. Even though the phone was in sleep mode, it did not last much. My usage was more of media consumption and a couple of calls. The charging time for the device is about 2 Hours which is acceptable. 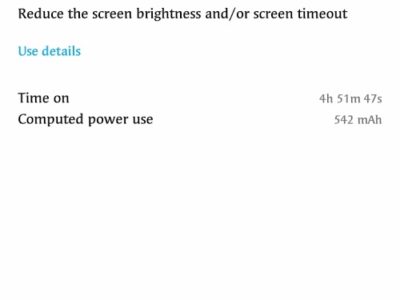 The screen on time was 4 Hrs but it would have lasted longer if the optimizations for the software were much better. This issue can be solved by an Android update. As expressed, the battery life was mediocre and if you’re a heavy user, you should charge it for sure at the end of the day. 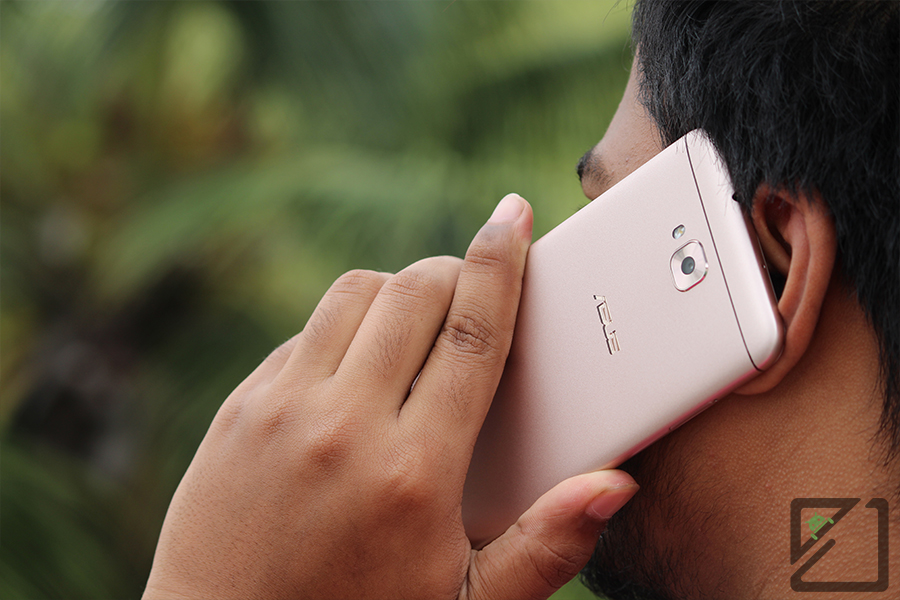 Therefore, Asus Zenfone 4 Selfie carries its name well and focuses more on selfies with a very subtle performance. The battery life is average and battery drain should be solved as it is more. Hope, Asus will solve it in the upcoming updates.The display was also not that great but does the job. It sells for a price tag of Rs. 14999 and you can also avail a         Rs. 1000 off and grab the device for only Rs. 13999 on the Flipkart Big Billion Day. If you are Selfie lover, then this phone is perfect for you guys.